Receive 10% Off Of Your First Purchase & All The Tips You Need To Be, Do & Achieve Anything You Want In The World! Be Bold, Be Beautiful, Be Confident, Be Daring, Be You!

How It All Began

I had absolutely no self-esteem from day one as a child. My earliest memories of my childhood are memories of being teased. My peers started teasing me in sixth grade. It continued throughout the rest of my childhood and adolescent years. This phenomenon is significantly worse today in a variety of ways than it was then. In spite of this, it definitely took a serious toll on me. As a result, rising above the storms did not happen for me until I went away to college where I was able to get a fresh start.

The reason the teasing began is because I started attending a new school in sixth grade. It continued throughout my childhood and adolescent years because I heard the same mean and nasty comments from the same kids day after day for years. As a result, this caused me to believe that they were true. In short, the teasing turned into a self-fulfilling prophecy. A self-fulfilling prophecy means that if you hear the same comments repeatedly, you believe them to be true.

In sixth grade, I had a math teacher I really liked. I performed well in his class. However, I will never forget him because of one incident. One day in his class, he was upset with us for some reason. So he started raising his voice at us saying things like, “If you don’t like yourself, then no one else will like you either.” “If you don’t like yourself, you won’t have any friends.” He “lectured” us with statements like these for most of the rest of the class.

It was like a big puzzle or word problem that I couldn’t solve immediately. It took me a long time to solve it. It was a conundrum. I eventually came to the realization that just because the kids in my neighborhood played with me doesn’t mean they liked me, or that they were my friends. The teasing, which is called bullying today, continued through junior high and high school.

They did not know that the majority of the kids with whom I attended junior high school did not like me and teased me. In a sense, I was a “clean slate” from their perspective. This enabled me to make friends with them, even though I still had not developed much self-esteem.

My “Discovery” Of The Who

Because of the teasing becoming a self-fulfilling prophecy, I developed very little, if any, self-esteem during those years. Even though I made some friends in high school, the teasing culminated in severe depression. The teasing/bullying did not stop until I went away to college.

Early in my teenage years, I discovered the music of The Who. Until that point in time, I thought and felt like, I was the only one who was depressed and never had any real friends. In spite of this, I smiled most of the time around other people, including my family, to hide the pain.

When I discovered The Who’s music, I discovered that there were an infinite number of songs that made me realize that I wasn’t the only one who ever felt despised, left out and depressed. In this, I found hope! It was because of songs like “How Many Friends” (The Who By Numbers). “Had Enough” (Who Are You). “I’ve Had Enough (Quadrophenia). “Is It In My Head” (Quadrophenia). “Behind Blue Eyes” (Who’s Next). And many others that I found hope. Since I had “hours only lonely,” I spent much of my time in my bedroom with the door closed laying on the floor with my head between my relatively large speakers with my eyes closed, and the music of The Who cranked up. I don’t know where I went but I would let it transport me.

Rising Above The Storms: The Beginning And My Opportunity To Start Over

I knew I wanted to go to college and I knew that I wanted to go to a college out of state. I wanted so badly to start over where no one knew me or my history of being teased. I reversed a sociological concept called the Looking Glass Self without any knowledge of the concept. I pretended to like myself so that I would make friends. As a result of making friends, I was able to develop some self-esteem. As a result, I no longer had to pretend to like myself. In other words, “I faked it til I made it.”

It was then that I knew that I wanted to help people with their self-esteem and confidence. In college, I discovered sociology which provided me with a world view and helped me make sense, not only of the world around me, but of the teasing I endured as a child and adolescent.

Finally Rising Above The Storms

I earned my Ph.D. in sociology and was a college professor for over ten years. Sociological research shows that when women dress up and accessorize their outfits, they feel better about the way they look. This in turn, means that they feel better about themselves. When they go out into the world feeling better about themselves, they will be noticed in positive ways (i.e., they will be complimented). This in turn will help them to find their voice and ultimately become more confident. Increased confidence will empower them to be, do and achieve anything they want in the world.

People judge each other in both positive and negative ways. Therefore, we either develop a healthy level of self-esteem or not as a result. I truly believe that lack of self-esteem is one of the major reasons for the lack of love, kindness, compassion and respect in the world today. When you don’t love yourself, no one else will love you either. My sixth grade teacher was right after all! By helping one woman at a time to become more confident and empowered, I can help to change the world to be more kind, loving, compassionate and respectful.

I help you to increase your level of self-esteem and confidence, and ultimately help you to empower yourself so that you can be, do and achieve anything you want!

Receive 10% Off Your First Purchase! Be The First To Learn About New Products, Services, Sales, & Discounts

ElizabethLynn
« Previous Post Rising Above The Storms: My Story Next Post » How I Became An Artist: My Wearable Art Background

Learn More About Me 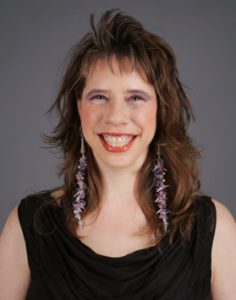 Receive 10% Off Of Your First Purchase & All The Tips You Need To Be, Do & Achieve Anything You Want In The World! Be Bold, Be Beautiful, Be Confident, Be Daring, Be You!